Hello! Sorry I know its a bit late – but better late than never, right? Hope you enjoy x

Name: The Girl On The Train 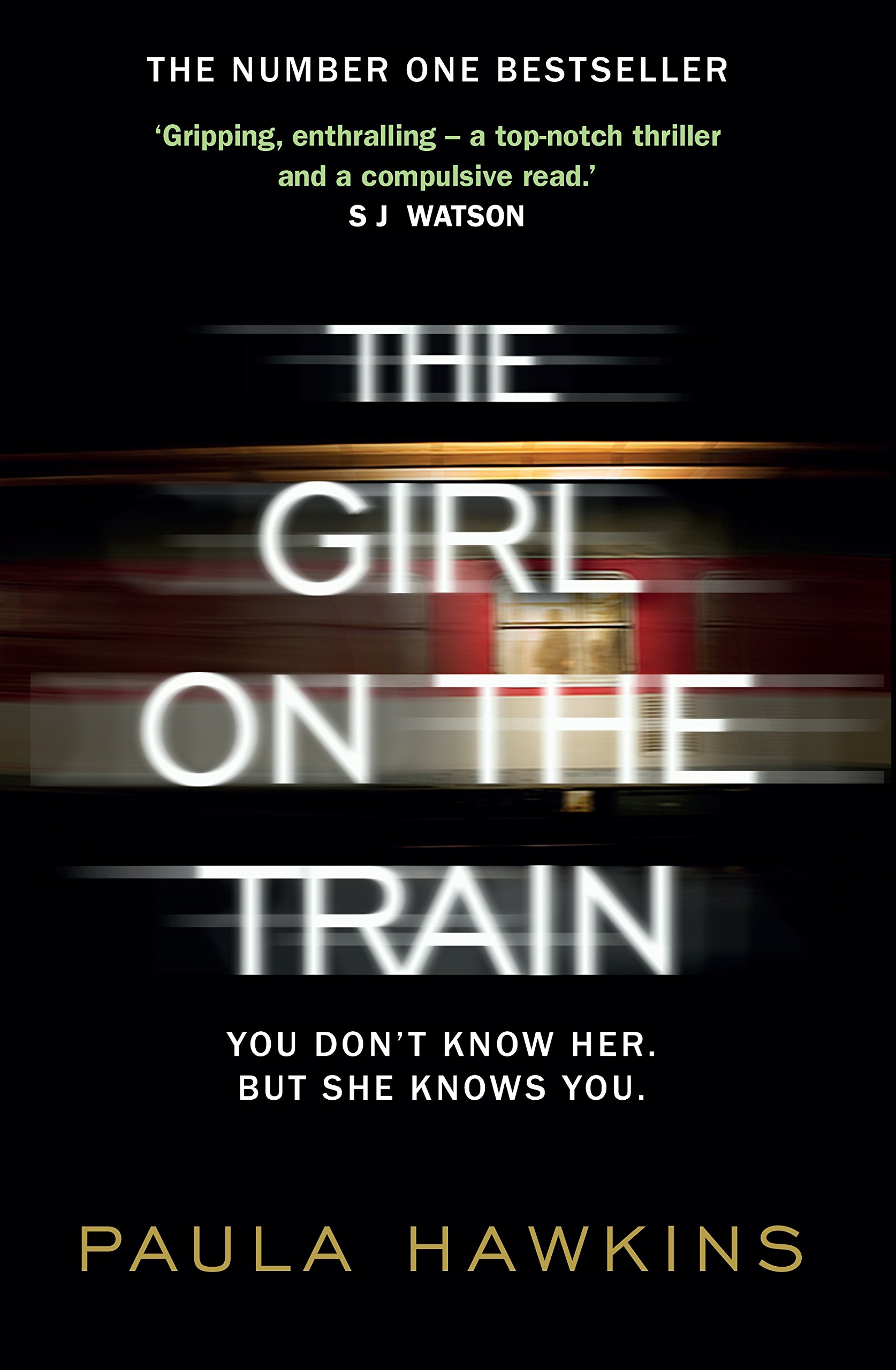 Every morning, Rachel catches the same train to London. And she knows, every day, it will stop at the same signal box overlooking a row of back gardens.

She feels as if she really knows the people who live in one of those houses. In fact, she does have a proper connection to some of the inhabitants of the road; but she doesn’t look at that house.  Instead, she catches little glimpses of every day life through a different back window – and it looks perfect. If only Rachel could be so happy.

But one day, she spots the unthinkable. In that moment everything changes.

Now Rachel has the chance to become involved in the lives which she’s watched from afar for so long.

Now they’ll all see: she’s so much more than a girl on the train.

Whether you’ve seen the film, read the book or just heard a friend fangirling over it, you will have heard of The Girl on the Train. After all, it’s a super original SURBURBAN murder mystery with a FEMALE as the main lead. Shocking! Never been done before! I think not.

Now, don’t get me wrong, it’s not like I didn’t enjoy the book: it’s just I’ve just read better mysteries (like Undercover Dinosaur Detective). Now, I don’t think you were supposed to like Rachel, maybe more sympathise than empathise, but I really did not like how she was portrayed. Okay, so she’s a lonely woman who wants to be involved with this shocking scene she has witnessed – but then she basically low-key stalks them all. It was kind of depressing! She just seemed a bit useless, she was an alcoholic, always determined to quit drinking and then lapse back after like an hour – although I do get how hard it is to quit once you’re addicted. But doesn’t it seem just a bit of a coincidence that she blacks out whenever she has too much to drink… totally forgetting everything that happened that night. Hmm.

I really liked the confrontation at the end – thanking god for some action –  I thought that it was pretty unexpected. I also thought the like last page was awesome… but that was kind of it. Because next on my rant is the suspects. Honestly, I’m not surprised that Rachel struggled to solve the mystery – not giving anything away – but it was a  tough choice between:

And never once does it cross Rachel’s mind that it could just be a random person from the street. Oh no. (But that would be a pretty bad plot if at the end of the book the police just pull in some random who’d done it!) I haven’t seen the film yet, and honestly I probably won’t. The book is almost always better than the film, so I don’t have massive hopes for this movie! But this is the trailer, and it looks pretty amazing. You never know, maybe I will see it. I’ll let you know!

So yeahhhh. I know that some people love it, but I just thought that there wasn’t a great range of suspects and that the setting was pretty limited. There wasn’t a lot of action, it was more guessing and looking through phone books – though of course there was the high tension that Rachel might actually remember something. It just wasn’t really my type of mystery, for me it either has to be clever or fast paced. Personally, the Girl On The Train was neither, but tell me what you think!

MATURE CHEESES ONLY! This is a pretty hard core adult mystery and some scenes / graphic detail might be a bit unsuitable for anybody under say 13

Read this book? Got any recommendations? (song recommendations also excitedly accepted)
Please like and give me your opinion in the comment section below!

I’m a teenager (and a Hufflepuff) from Manchester. I like oversized jumpers, music that isn't on the radio anymore and books. Pretty much any book I can get my hands on but my favourites are Young Adult, fantasy and science fiction. One day, I decided to share some of my opinions on some great - and not so great - books to people around the world. And here it is! I really enjoy it and I hope you do too. The aim is hundreds and thousands of book reviews (see what I did there?) but I’m not quite up to that. Yet. View more posts